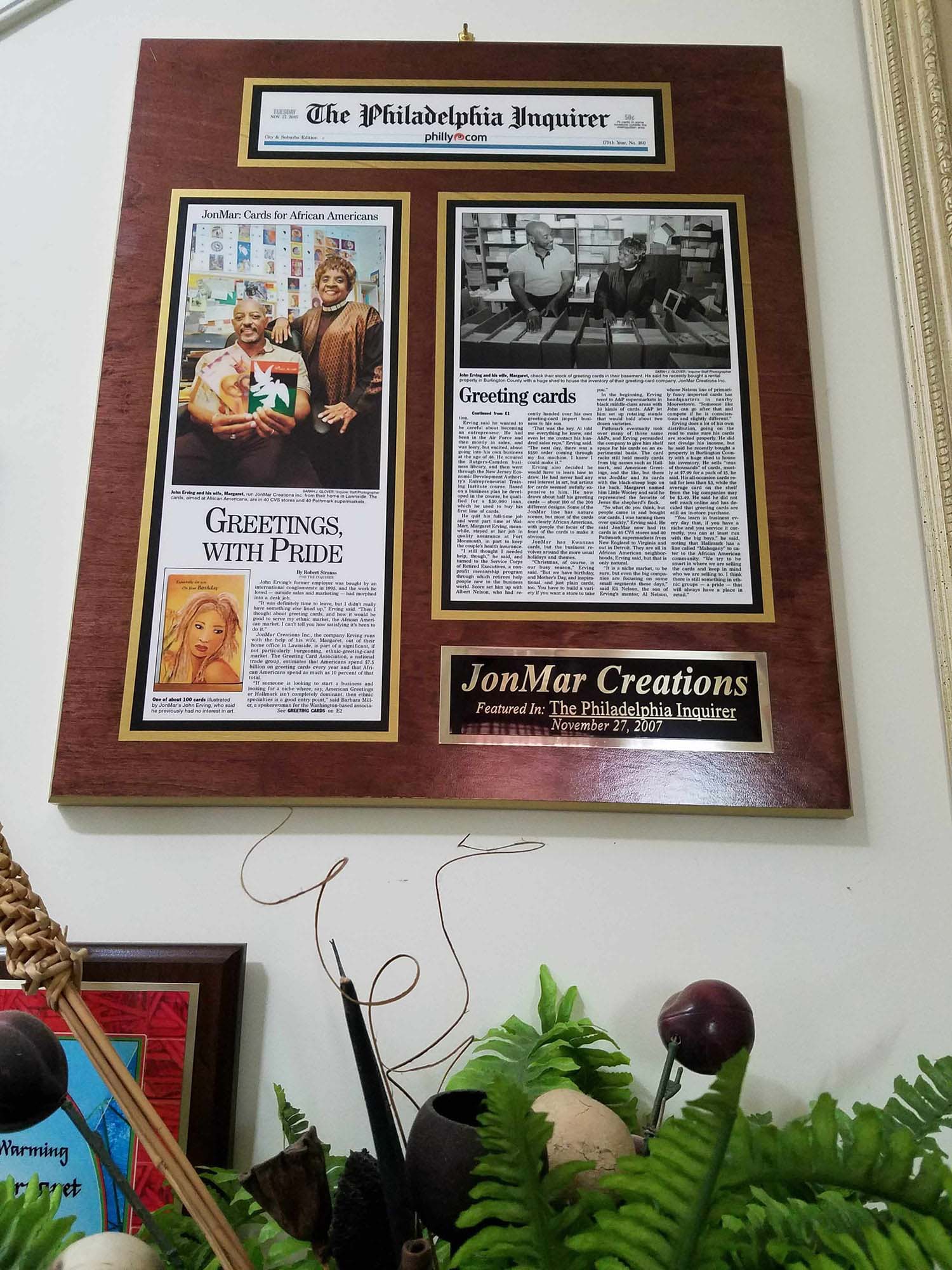 JonMar Creations, Inc. has been featured in nearly every news publication and/or magazine in the Mid-Atlantic region of the USA. Most notable, the nationally recognized Philadelphia Inquirer featured JonMar in their Business Section.
In most interviews we are asked the following question: What was the impetus used to start a business, but more specifically, the greeting card business? As with many discoveries, often times NECESSITY becomes the mother of invention.
JonMar was founded after a corporate position, held by its founder for a number of years, began to transition. Rather than pursue another career in corporate America, it was decided to put that Business Law degree to work. Having worked as a sales manager for American Greetings, and being a novice artist, we decided to go into the greeting card business. It was obvious that retailers were not meeting the needs of that very important African American market.
Shortly after starting, and with some success, it began to pay off and we were able to recruit other artist and writers of tremendous talent to come join with us!
Starting this company so many years ago has been challenging,as well as rewarding. With all things considered, sometimes adversity is just God’s way of saying that He has bigger and better things in store for you.